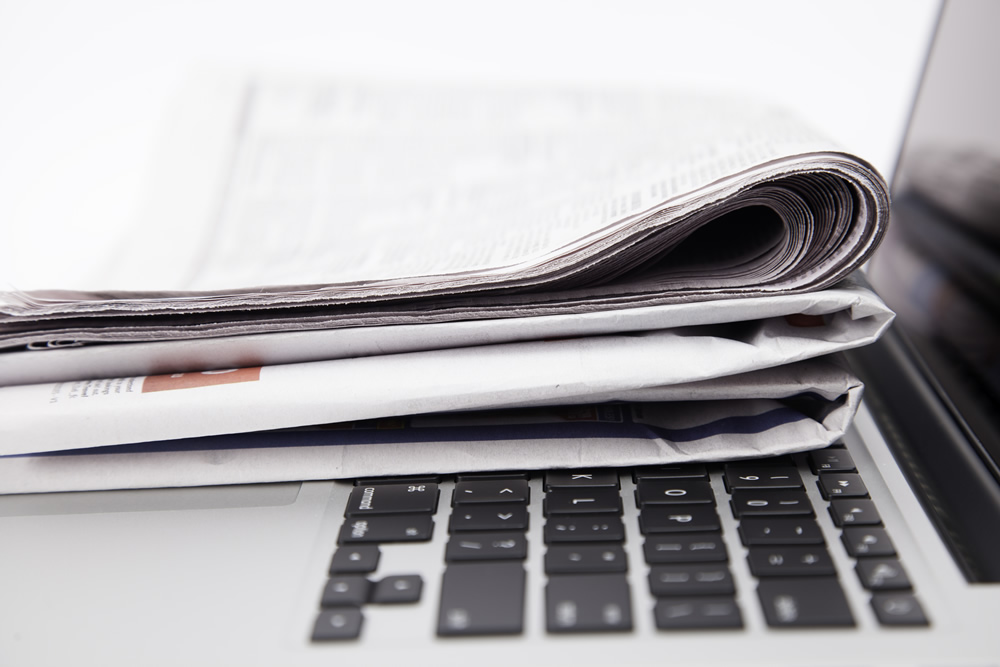 A sample of recent press comments on FoolProof.

"I didn't know about credit scores and how that will affect buying a home or buying a car," said Espinoza, a sophomore at Will Rogers High School.

Espinoza and his classmates are among the tens of thousands who are learning financial literacy thanks in part to a partnership with TTCU Federal Credit Union.

WVU professor: financial literacy should be top priority for students

A professor at West Virginia University said that recently released data detailing that student loan debt is a contributor to a national decline in housing purchases is a red flag that financial literacy among elementary-, secondary- and college-aged students should be treated as a priority.

"These cards are a great tool to learn about money management, if they're used right," said Will deHoo, founder and executive director of the FoolProof Foundation, a nonprofit that promotes "healthy skepticism" about financial products.

That means emphasizing budgeting and saving, not just spending — which, after all, is a debit card's main function. "A debit card never met a sale it didn't like," Mr. deHoo said.

Middle school and high school students get an early lessons in finance: What kids need to know about money and debt

In a classroom that features larger-than-life murals of a bull and a bear -- traditional symbols of the stock market -- a group of middle-schoolers were learning lessons in financial literacy that hopefully produces lifelong results more bullish than bearish.

"Who can tell me what a healthy skeptic is?" asked Sarah Coppola, a teacher at the Ariel Community Academy in Chicago.

Everyone's a Skeptic, or Should Be

Banks, nonprofits and government agencies will be reaching out to consumers during April, Financial Literacy Month, to educate them on making smarter financial decisions. But some advocacy groups say industry-sponsored approaches, the bulk of what's out there, paint an overly rosy picture of products such as loans without disclosing the risks involved.

The FoolProof Foundation, launched in 2013, says it offers free, unbiased financial education, focusing on teachers. The group developed a curriculum that encourages "healthy skepticism" by making students aware of marketing tricks used to drive consumer behavior and teaching them to think critically about where their money goes, from basic savings to online gaming.

"If you don't slow down, the decisions you make can become habits, and they can easily become bad habits," said FoolProof founder Will deHoo.

"We find that if a rigorous financial education program is carefully implemented," the report concluded, "it can improve the credit scores and lower the probability of delinquency for young adults."

Who do you want to teach your children about money?

In an ideal world, financial literacy starts at home. But we don't live in this world. Many parents are unwilling, overwhelmed or ill-equipped to teach their children good financial habits.

So we have turned to educators to get the job done. But where are the educators getting the materials they use to teach your children?

How Schools Can Teach Kids to Be Smart Consumers

Most financial literacy efforts in schools don't improve people's behavior later in life. That could be because we're focusing on the wrong things.

SKEPTICISM. Smart consumers need to think critically about the advertising, offers and advice that bombard them every day. They need to look beyond surfaces to determine what's really being sold to them, and why.

Investing in Our Nation’s Future: No One Left Behind

Will deHoo, our founder, featured in the Green Money February 2018 issue: Millenials & Money

The largest student loan servicer in America — with a portfolio of billions and money owed by millions — is under fire for saying it has no duty to give consumers good advice. And the now the lawsuits are flying. We look at the industry and get advice from experts on how to dig yourself out of student debt.

Financial literacy courses will be able to reach more students nationwide, thanks to FoolProof Foundation, an organization with Brevard ties that received backing from consumers groups this month.

You’ve been fooled by fake news. Perhaps you skipped right over a line that said "Paid Promoted Stories" or "Sponsored Content." Next thing you know, you're reading what you thought was a real news story about how to ease your fatigue, but it's really an ad for a vitamin supplement.

How to protect yourself — and your wallet — from fake news

You're reading a real news story online, and below it — or embedded within it — is an interesting headline that captures your attention. Click. Then bam!

Choose your curriculum wisely because your students' financial lives may depend on it.

Should Kids Be Taught Healthy Skepticism?

How can those kids learn to make wise decisions about their money and their welfare in that chaotic, deceptive environment?

Here's how: by teaching them the life-long habits of healthy skepticism and caution.

All The News That's Fit To Buy

"Fake news" has existed as a device of corporate marketers and advertisers whose deceptive tactics continue to evolve in the digital age. And has it evolved!

Young adults moving in with parents shouldn't be passé. It's a smart move.

My husband and I are trying to persuade our daughter to live at home if she decides to go straight to a local graduate school after she finishes her undergraduate degree next year.

Get Ready to Be Told: You Don't Know Money

Not everyone's an expert — "Nobody blames me for not understanding how my car works," says Lauren Willis, a professor of consumer law and policy at Loyola Law School in Los Angeles. Prof. Willis, who works with the FoolProof Foundation, an educational organization that seeks to train investors in what she calls "consumer self-defense," argues that instead of conditioning consumers for a predatory market that they can't navigate on their own, the market itself should be restructured.

Don't Be a Financial Fool

Can I be honest? The politically right thing to say in financial literacy circles is that we need educators—from elementary to high-school level—to teach our children how to handle their money.

The foxes are in the henhouse. Credit card companies and other lenders sponsor many of the free financial literacy programs available to teachers. There's a built-in conflict of interest, since these companies often profit from bad financial decisions.

Most financial literacy programs are burdened with a fatal flaw: the financial institutions that sponsor them are the same companies known to take advantage of their unsuspecting customers with hidden fees and exaggerated claims. Little wonder the public comes away having learned nothing about the caveats of investing.

The FoolProof Foundation Offers a Curriculum of Financial Caution

If you want your children to be better money managers, you need to model that behavior in your home. They need to see you saving, spending wisely and sparingly using credit.