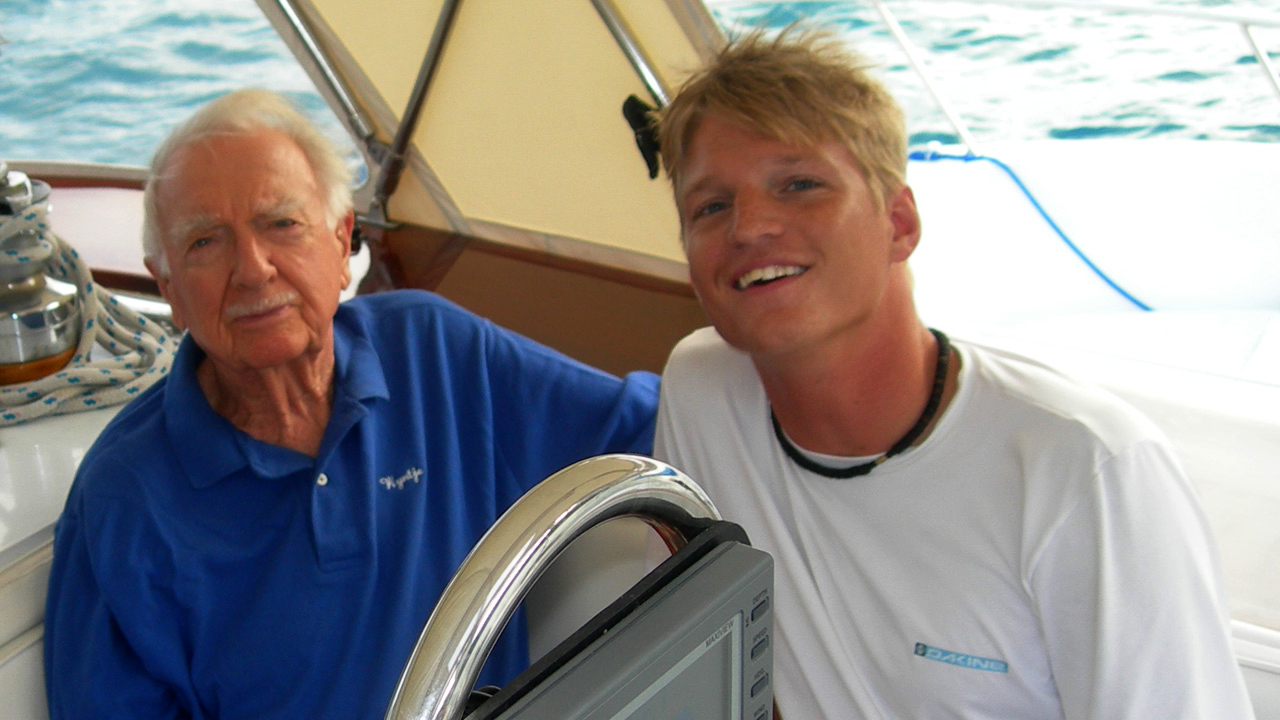 The Beginning of FoolProof:

Walter Cronkite and Will deHoo on the Wyntje

In 2003, 84 year-old Walter Cronkite took 23 year-old Will deHoo on the first of many spins on Cronkite's sailing vessel, the Wyntje, tacking its ways thru the mountain-capped waters of the British Virgin Islands. They talked constantly.

"Walter was a close friend of my boss, Remar Sutton, the consumer advocate, and visited Remar a lot during the winters," remembers deHoo. "Walter and I were both of Dutch descent, and proud of it. And for me, to have the opportunity to talk hours on end with him was life-changing. Starting with that first sailing trip."

A twelve year-old kid focuses their conversation: "I had just returned from a tough neighborhood in Elmira, New York, and was haunted by something that happened on that trip," deHoo says. "A 12 year-old boy was in the audience as Remar Sutton counseled a group of adults on money problems. The boy had been sitting close to me in the back of the room, and it struck me that he was the only kid in the room. He was probably there with his parents, I thought.

"But at the end of the meeting, the boy came up and began talking with Remar and me, very hesitantly. He wasn't there with his parents. He was there to learn tips to help his parents, and to learn tips to keep him from making the mistakes his parents had made. He had three odd jobs to help support his family. I was getting ready to fly to the Virgin Islands for the winter to be with people like Walter Cronkite, and this kid was worrying about feeding his family. It didn't seem right."

"Walter looked at me, when I told him this story," deHoo remembers, "and said, 'Well, what are you going to do about it?'"

From that wind-swept discussion, and with help from Cronkite and national leaders in the consumer, educational, and research fields, Will deHoo and a group of his young friends from four countries created FoolProof.

The answer from experts: the wrong players were shaping the financial literacy landscape.

FoolProof's answer: Develop a resource based on teaching consumer self-defense skills, not fulfilling hidden marketing objectives. "We wanted to advocate for the consumer, not for any product, program, or service," said Will deHoo, now the Executive Director of the FoolProof Foundation.

In the beginning, the group's focus was on helping kids learn about money. But that mission quickly expanded to helping all consumers, particularly those from underserved communities. "Our resources teach the importance of skepticism when it comes to anyone who wants to touch a consumers' money or well-being," deHoo added.